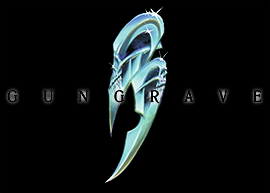 Smash everything in your sight, Grave.
What a mysterious girl brought to him on a cold, snowy night were a pair of massive handguns and the past he had been trying to bury.
With the girl's visit as a trigger, Grave throws himself into a tremendous battle.

“Beyond the Grave,” the solitary assassin ー he is the Reaper who brings death to anyone who is in his sight. The moment he took up a pair of guns named Cerberus, brought by a girl Mika Asagi, meant a launch of war.

With the guardian dogs of underworld, Cerberus, in his hands, and a huge coffin, a symbol of destruction, on his back, he puts up a fight alone against a colossal syndicate, to sweep all his enemies with his guns and coffin, leaving behind rubbles and heap of corpses. What is driving him into this battle?

Shoot a billion bullets! A Hong Kong-movie-like fierce gun action you can create just by battering a button! Shoot enemies, walls, cars and everything in your sight! They all are the targets that must be destroyed!

The series consist of two software titles for PlayStation2; GUNGRAVE released in 2002 and GUNGRAVE O.D. in 2004.

Following the favorable reception in Japan, the first title was released overseas including North America, Europe, China and Korea.